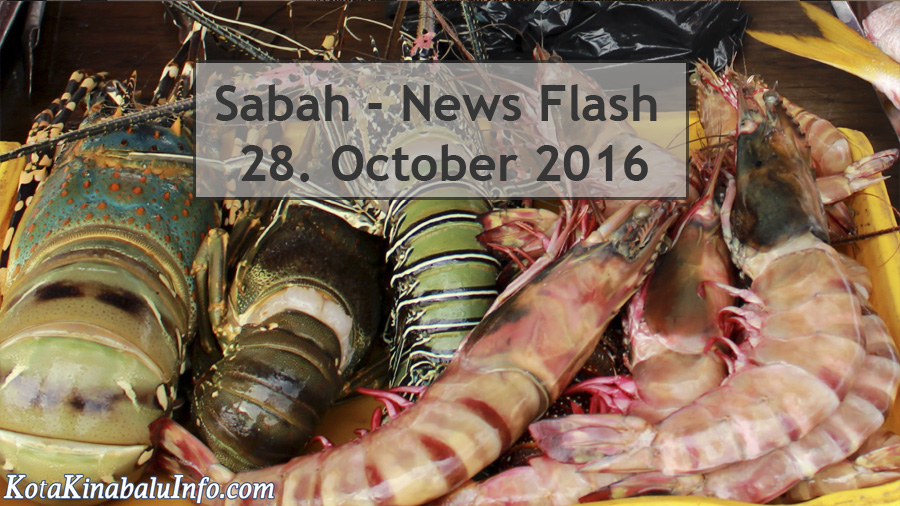 Bilateral ties can be made stronger between two countries through sharing of culture, according to China’s Consul-General in Kota Kinabalu, Chen Peijie.  She was referring to the staging of ‘The Moon over the Helan Mountain’ at Kian Kok Middle School’s Hall, Tuesday, a dance-drama about a Muslim man and a Chinese girl who fell in love with each other, got married and lived happily ever after.  It was a fitting example of how two people find a common feeling that binds them together to overcome challenges that goes with growing up in two diverse cultures and have a successful life together.

She compares the story plot to Sabah and finds similarities between the two.  Sabah is a place of diverse cultures but its people are living in harmony with one another.  She further commented that cultural exchanges, like the performing arts, are likely to strengthen bilateral ties of China and Malaysia, in general, and Sabah, in particular.

Deric Chiew, Assistant Secretary of Ma-Zhong Friendship Association Sabah, co-organizer of the performance, said that the purpose of staging the dance-drama was to promote Chinese cultures among Sabahans.  Some audiences commented that even without understanding the script, they can follow the story through the dances.

The Sabah Structure Plan 2033 was officially launched at the Sabah State Planning Conference Thursday attended by Chief Minister Datuk Seri Musa Aman.  In his statement, Musa said that the long-term development of Sabah is what the plan is for, plotting the course of its physical progress in the next 20 years and envisioning it as a world-class state for the residents, tourists and investors.

State Local Government and Housing Minister Datuk Hajiji Noor said that the plan was approved in June after gathering feedback from the public and professionals month prior to its approval, adding that the government have started to implement some of its components already.  He also emphasized that re-zoning of land will be improved.

Transport Minister Datuk Seri Liow Tiong Lai announced that three additional towns will be included in air transport services in Malaysia – Sandakan and Tawau in Sabah and Mulu in Sarawak – areas well within the Brunei-Indonesia-Malaysia-Philippines East Asean Growth Area (BIMP-EAGA).  This will be in compliance to the protocol on amendments of the Memorandum of Understanding on additional air linkages to be signed during the Asean transport ministers’ meeting on Manila on November.  Liow also said that economic and tourism developments of these areas are expected to rise due to increased connectivity.

The conduct of annual safety audits in public buildings 50 years old and above should always be conducted, said Tan Sri Lee Lam Thye, chairman of the National Institute of Occupational Safety and Health (NIOSH).  Funds for the maintenance of such buildings, especially schools and hospitals, should be provided.  He made this statement in relation to the fire at a hospital in Johor which left six people dead.

Residents of Tambunan, an agrarian valley district some 90 minutes from Kota Kinabalu, are busy preparing for the Visit Tambunan 2017 as they will be hosts to visitors every month.  Aside from the homestays, over 40 programmes have been prepared to make the visits memorable.  There are the traditional and religious celebrations as well as eco-adventures to major tourist spots in the area.  On April 30, the 3rd Tambunan Kaamatan Charity Run will be held.  With its theme “Amazing Experience”, it is a 13.9 km run through the town, farms, rivers and bridges, with buffaloes and ponies along the road and Mount Kinabalu as a backdrop in some portions.

There is also the monthly trips to Mount Wakid summit that passes through the Crocker Range.  District officer Thomas Logijin said that they are also coordinating with government agencies to make this event a successful one. 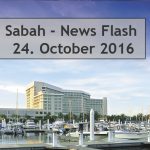 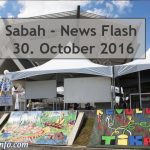 Sabah News Flash – 30. October 2016
Scroll to top
We use cookies to ensure that we give you the best experience on our website. If you continue to use this site we will assume that you are happy with it.Ok