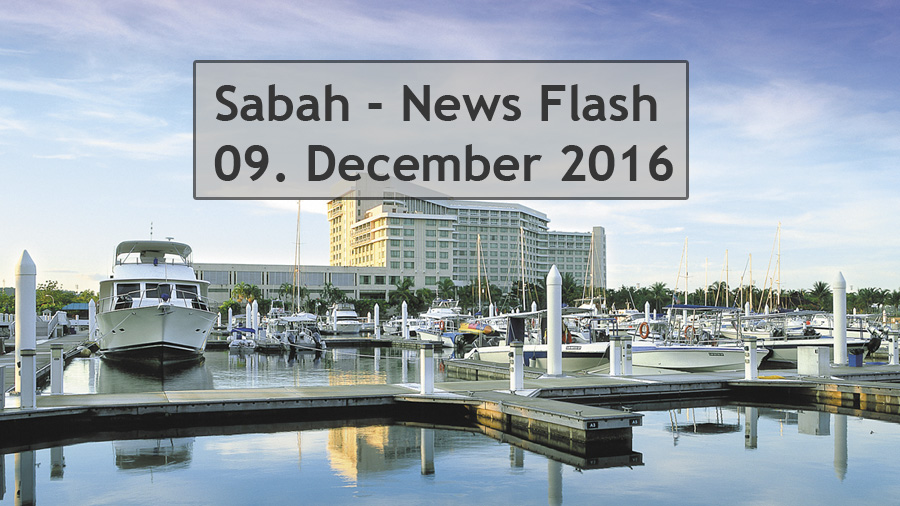 Mayor Datuk Yeo Boon Hai also revealed the different stages that the project must undergo before it can be finally implemented.  Public hearings, inspection and feedbacking sessions will be conducted to take into consideration the opinions of the people.  Public feedback will be consolidated and presented at a public hearing that will be headed by the mayor.  The development plan will then be approved by the Central Planning Board and submitted to the Sabah governor for approval.

The mayor is encouraging the public to actively participate prior to the approval of the project.  This is in compliance with the Town and Country Planning Ordinance (Sabah Cap. 141).  Objection/comment forms are available at DBKK during operation hours Mondays through Fridays, except for public holidays.  Public viewing of the project, including the exhaustive reports on drainage, irrigation and design, among others, is at Meeting Room 2 at DBKK.  Previously, there were objections from local non-government organizations (NGOs) who were concerned about possible impacts of the mega-project on pollution and the environment.

Tanjung Aru is near the center of the Sabah capital.  Famous for its beaches, the development plan will be improving the area such as the Tanjung Aru Beach and the Prince Phillip Park.  The mayor also revealed that a housing project is presently being developed in the outskirts of Kota Kinabalu for the relocation of squatters to make way for the transfer of two schools.

The TAED is a multi-billion ringgit project covering 348 hectares, 30 per cent of which will be for public place and, once implemented, is expected to be completed in 30 months.  Starting March 2017, Tanjung Aru Beach will be closed as reclamation works start.  The mayor said that existing plants and trees will be retained as much as possible, promising that the renewed and rejuvenated beach and park will be for the enjoyment of future generations.

Sabah Tourism and Culture Ministry (MTC) director Awang Admad Zaki Abu Bakar is encouraging the diving community to consider lesser-known diving spots in Sabah, specifically in Kudat, Lahad Datu and Sandakan.  He said that MTC has developed attractive tour packages with environmental consciousness aspects that divert attention from Sipadan.  The only oceanic island in Malaysia, Sipadan is famous as one of the world’s best diving spots but for the preservation of the environment, has limited carrying capacity.

Over the weekend, MTC launched the “End in Sipadan” volunteerism programme which promotes Sabah in totality, not just Sipadan.  The plan is for divers to start in lesser-known spots, where they can join in volunteer projects such as underwater cleanups and coral planting.  Like Mabul, Tebah Batang in Lahad Datu will also have a turtle sanctuary.  The last stop of the programme is obviously at Sipadan.  Saving the best for last, that is.

Zaki is also hoping that this programme will encourage the local youths to take interest in diving, taking note that it is less expensive to dive in Sabah than in other parts of the world.

Dutch Geologist Hans Hazebroek recently has a book launching on the Danum Valley Conservation area at Ulu Segama Forest Reserve, Lahad Datu.  Titled “Danum Valley, the Rainforest” and co-authored by Sabah Parks chairman Datuk Seri Tengku Dr Zainal Adlin Tengku Mohamood and Yayasan Sabah conservation and environmental group manager Dr Waidi Sinun, the monograph is very handy for the readers because it provides a picture of what the rainforest is all about in layman’s terms.

Taking about four years to complete the monograph, Hans said that they spent much time in the field studying the species and going over 25 years of studies at the Danum Valley research centre. The book was launched during the opening of the Danum Valley Wildlife and Resources Survey 2016 in Kota Kinabalu. 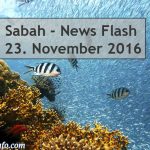 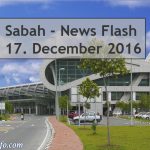 Sabah – News Flash – 17. December 2016
Scroll to top
We use cookies to ensure that we give you the best experience on our website. If you continue to use this site we will assume that you are happy with it.Ok