Often also known by the name of ‘The Floating Mosque’, the City Mosque is one of the most prominent attractions and the largest mosque of KK. The mosque has been nicknamed as The Floating Mosque since this majestic white colored mosque floats on an artificial lagoon. The backdrop of this lagoon gives it a surprisingly tranquil look which gets further augmented on a full moon night. It stands on a huge land area of 14.83 acres at Pasir Road. This location happens to be on the shores of Likas Bay, South China Sea.

City Mosque is a colossal masjid which is capable of capacitating as many as 12000 worshippers at a time. An ATM, a palliative care clinic and three madrasas are parts of the mosque. Its splendid look, superior craftsmanship and marvelous architecture make it a must visit place for those travelling to Kota Kinabalu. Non-Muslim visitors can also make way into the mosque on all days of the week except for Friday but only during non-prayer hours. All people desirous of visiting the mosque are advised to wear respectable attire.

History of the City Mosque

The idea of establishment of City Mosque belongs to the year 1989 while its foundation was laid in 1992. In the next two consecutive years, its development got lagged owing to shortfall of funds. But soon things resumed and the shrine was ready in early 1992. It was opened to public on 2nd February 2000. KK formerly known as Jesselton was also accorded with the status of a city at the very same time. 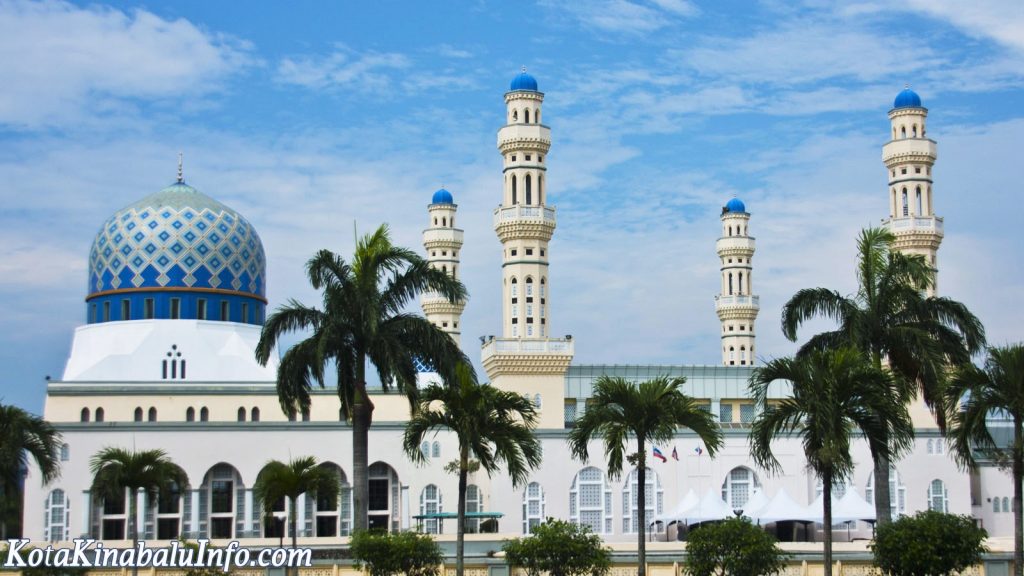 Getting to the KK City Mosque

The Floating Mosque is at a distance of about 3 km from the KK city which means a drive of only about fifteen minutes. A visit to City Mosque is included in most of the city tours when tourists opt for a packaged tour. For those who haven’t booked a guided tour, there are three ways to get here: