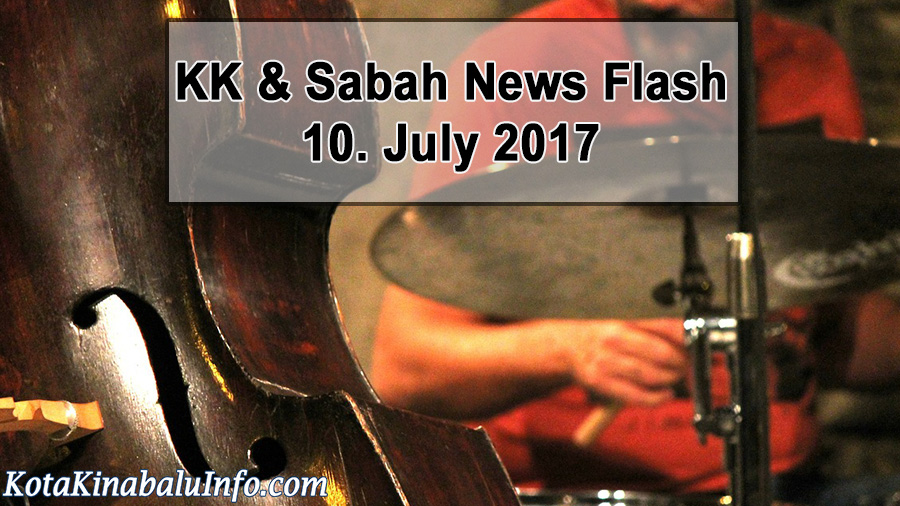 This year marks the 11th year of the Kota Kinabalu Jazz Festival and it will be held on July 21 and 22.  Organizing chairperson Rotarian Jack Ong said that they will be featuring international and local artists, especially those who started their musical career as guest performers of the Jazz Festival in the past.  Together with co-organizing chairperson and Society of Performing Arts Kota Kinabalu, Sabah (SPArKS) president Roger Wang, they were busy looking for previous performers, most of whom are locals, as well as new discoveries whom they will give the chance to perform before a large crowd.

The organizing committee also teamed up with the Rotary Club of Kota Kinabalu (RCKK) in their school campaign, going around the campuses for possible new talents.  In fact, the opening number this year will be from SM St Francis Convent, the winner of this year’s Bakat Interact competition.

As in the past, proceeds from sales of tickets for the KK Jazz Festival 2017 will be used to fund community projects of RCKK.  These include facilities for clear water, literacy programs, free medical check-up and early detection of eye diseases in the rural areas, environmental conservation.  According to RCKK president Dr Ravi Mandalam, they will be focusing on the eye treatment program which had gained momentum during the past two years and will be done in the districts along the West Coast (from Kudat to Sipitang).

Environmental Conservation is a Main Concern

In a speech delivered by Environment Protection Department Director Mohammad Yursie Abdullah at the closing ceremonies of the Inter School Environment Day of the Institut Sinaran Saturday, Tourism, Culture and Environment Minister Datuk Seri Masidi Manjun said that it is important for the environmental conservation of Sabah.  This pronouncement is in agreement with the call of the Chief Minister on improving the ecosystem through identification of protected areas and the promotion of a green economy.

Furthermore, the state has taken an immovable stance on forgoing activities that may be a good source of revenue but has the capacity to destroy the environment and natural resources.  Sabah is a land of oil, timber, gas and palm oil but recently, its flora and fauna have been negatively affected by logging and agricultural activities.  Its rainforest coverage has reduced in size and there are only two surviving Sumatran rhinoceros in Malaysia.

Masidi was grateful for the school’s effort in educating the younger generation through the celebration of the Environment Day.  Their ideas may be a great contribution for environmental protection in the future.

The curfew from dusk to dawn in the waters of the Eastern Sabah Security Zone (ESSZone) has been extended until July 25.  This was announced by Sabah Police Commissioner Datuk Ramli Din, adding that residents are expected to be in their houses from 6am to 6pm.  This is a way for them to keep the safety of Sabahans who are out at sea, international researchers on the waters and tourists at resort islands.

The extension was due to reports saying that the Abu Sayyaf militant group and other groups doing kidnap-for-ransom activities from the Philippines are still active in the area.  Ramli also called on the district police chiefs to issue permits to applicants eligible for fishing activities and on cases of emergencies. 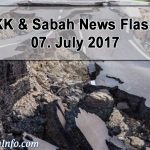 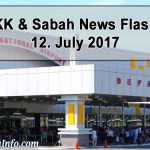